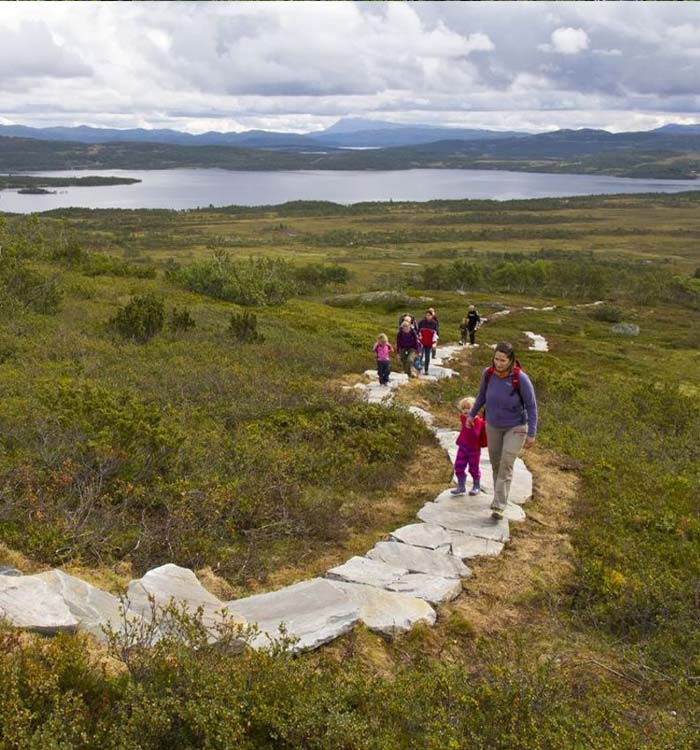 Falkeriset is a low ridge west of Møsvatn, and is named after the falconry, which was an important industry here until the 18th century.

Dutch falconers lived in stone arches under Falkenuten, and hunted the world’s largest falcon – the hunting falcon. The falcons were sold to princes and kings in Europe, where the birds were taught to catch, for example, the pheasant.

Today you can see remains of stone arches under Falkenuten, and northwest of the top you will find the hunting ground. Peregrine falcons, kestrel and kestrel nest in the mountain area around Falkenuten.

Family-friendly trip in beautiful high mountain nature with panoramic views of the Hardangervidda, Gaustatoppen and Møsstrond. Parts of the trip you walk on damp marshes, so remember waterproof shoes.

Falkeriset is sheep pasture. It is important to keep the dog in a leash. Why?
Loose dogs can chase small lambs until they become exhausted and plunge.
Lamb and mother can be separated from each other. The lamb does not get milk and can die. The mother is not allowed to empty the udder, and gets udder inflammation.
There is grouse hunting at Falkeriset from 10.sept-29.feb. Loose dogs destroy for hunting.

Season: June – October. Kromvikvegen is closed for the winter until June 1, and closes when the snow settles in October / November.

The trip starts on the stone stairs by the parking lot at Kromvikvegen. The stone stairs make the ladder easy to follow. There is a smooth, easy climb all the way through the mountain birch forest and up to the viewpoint on the barren mountain. If you do not walk on the outside of the ladder, but follow the stone stairs, you save nature from wear and tear, and prevent new, muddy ladders from being created. 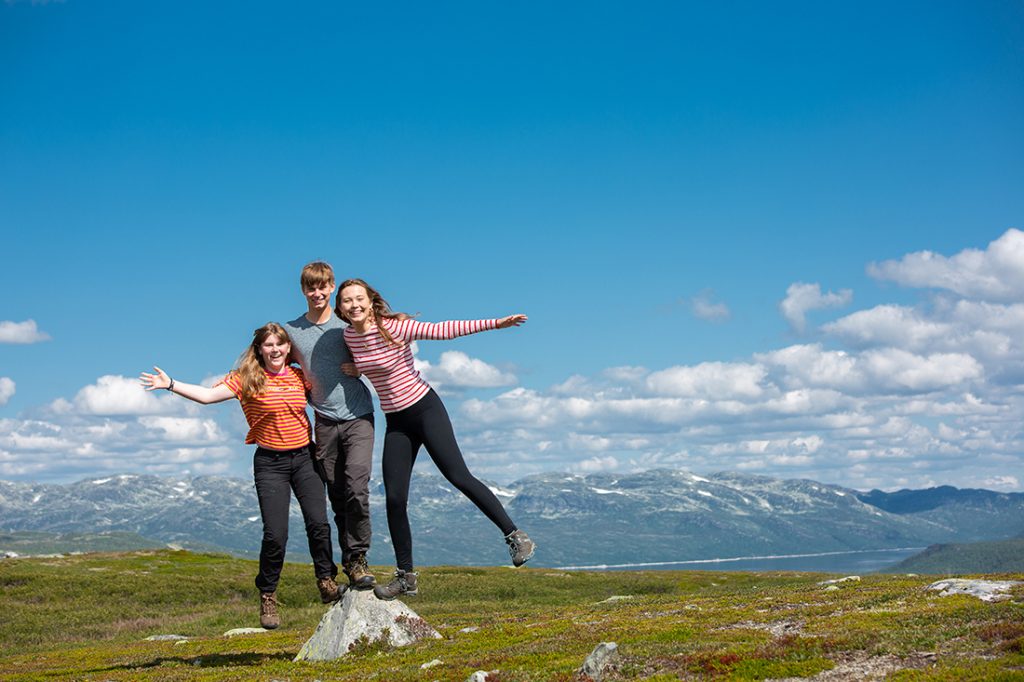 How to get here

From Rauland center you drive 4 km along rv.362 towards Haukeligrend. Take off towards Kromviki, and after 10.5 km you come to a small parking lot on the right side. The path up to Falkenuten starts at the information board on the left side of the road.

From the car park, there is an easy ascent up to Falkenuten. Several paths run in parallel upwards towards the top. There you can enjoy your lunch with a wide view in all directions.

From Falkenuten you can continue inland in the mountains on an unmarked path, or walk the same path eighteenth and enjoy the view of Gaustatoppen. The trip is 3 km long round trip, and takes one hour. The trail runs in easy hiking terrain and is moderately demanding.